Our recent fish and chip lunch was at the Barracuda Fish & Chip Restaurant in Harrow, a venue we first visited last September. Like last time, many of us rated the fish we ate as amongst the best we have ever tasted at a “chippie”. Yiannis the owner looked after us very well, and kindly agreed to put some posters up on the walls of the restaurant to help publicise ataxia and Ataxia UK. The weather was really poor, which may have accounted for our turnout being less than expected. However, those who were there had a great time. 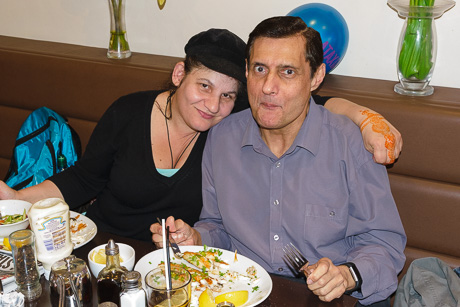 It was particularly nice to see the Eirene and Chris Chow who came all the way from South Woodford to join us which was very pleasing as South Woodford defintely isn’t in NW London, but you don’t have to have a NW London postcode to join in our events!